Advent Aircraft Systems can provide full support for certification of eABS on new or in-service aircraft.

For new aircraft in development that do not require power brakes, Advent's eABS offers complete anti-skid braking control without the need to incorporate expensive and heavy power-boosted brakes to obtain ABS capability and will work with any wheel and brake combination.

For retrofit to aircraft already equipped with manual brake systems, installing Advent's eABS does not require modification to the existing landing gear, wheels and brakes or master cylinders. Once an STC is issued, retrofit installation can normally be accomplished during scheduled maintenance inspections or when installing other upgrades, such as ADS-B.

Advent's eABS or derivative components are currently planned or being considered for civilian and military aircraft in both new production and aftermarket applications. Contact us for more information on these certifications or for an in-depth discussion on how we can assist you with your aircraft project.

Tactile Feedback - During eABS operation, the brake pedal pushes back, annunciating its operation, aiding the pilot in knowing the braking limits of the airplane.

Alternative to reverse thrust – Use of eABS eliminates risk of engine FOD and prop erosion in contaminated runway conditions.

Touchdown Protection – Wheel speed must spin up to at least 85% of aircraft speed before brakes will operate.

Low-Speed Cut-out – The system will not operate, in anti-skid mode, when aircraft speed is below 15 knots.

Customer Service and Warranty – Advent technical support is available on call or in the field. All eABS components and installation hardware are covered by a two-year warranty.

The eABS system has all the technology the large jets have plus tactile feedback. This provides our pilots with operating commonality within the fleet and has the added benefit of the latest in brake system safety technology for the King Air.
ProStar B300 eABS customer

Any PC-12 with the eABS system installed will enjoy significant advantages over non-equipped aircraft, and will allow pilots to confidently achieve the maximum performance of the PC-12. I would highly recommend the eABS system to any owner.
Peter Simpson
PIC for STC FAA flight test, PC-12

eABS in our plane has been flawless and a great peace-of-mind component. We know it's there when we might need it. Landed one time at dusk with a runway we didn't know was half iced up. eABS did a great job.
Shawn Chaney
Owner EA500 N941CM

My home airport is often snow covered. What a difference my eABS brakes make when landing on snow! I just push hard on the brakes, and the pedals do a little dance almost all the way. Well worth the price!
Jeff Rubenstein
Owner EA500 N800JR

The ease of installation and simplicity of Advent's ABS system is a fantastic feature for customers who want their aircraft back in the air quickly.
Dave Girard
West Star Turboprop/Light Jet Tech Sales Manager 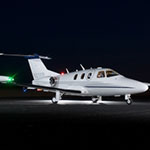 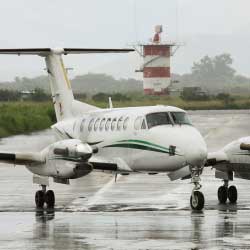 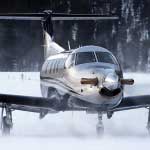 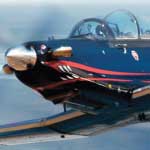 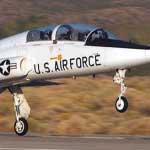